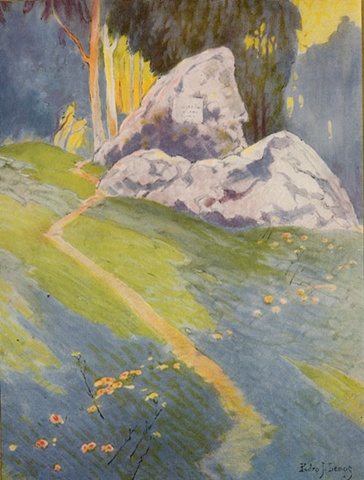 The rock still stands on the corner of Hearst Avenue and Gayley Road, reputedly the spot where the trustees of the College of California, which became soon after the University of California, Berkeley, met on April 16, 1860 to dedicate the newly-acquired property. It is also, tradition says, the same spot where Frederick Billings stood in 1866 when he recalled a verse of Bishop Berkeley -- "Westerward the course of empire takes it way" -- and thus inspired the name of the new city.